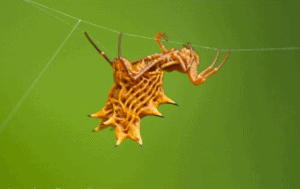 When you think about New Orleans, you probably do not think of dental floss. New Orleans is the birthplace of a wonderful marvel of modern dentistry – dental floss! The exact date of the first use of dental floss is unknown but researchers found evidence that floss existed in prehistoric times. Grooves from floss and toothpicks have been found in the mouths of prehistoric humans. It is suggested that horse hair was used as floss and twigs were used as toothpicks to dislodge anything from the teeth. (More about toothpicks in another post!) Here is the evolution of dental floss, beginning in 1815:

The early innovators had no idea how important flossing on a regular basis really is not only to tooth health but also to your overall health. You hear over and over again from Dr. Still and our hygienists that flossing is just as important as brushing, but studies suggest that a very large number of people may brush their teeth but still forgo flossing. Bad, bad, bad!

The reason flossing is so important to tooth health is that while brushing may clean the surfaces of teeth, a tooth brush cannot reach the tight spaces between the teeth where bits of food and bacteria build up. This bacteria and its by-products turn into a sticky substance called plaque in as soon as 26 hours, which then hardens into tartar, a dental calculus, which is mineralized onto the teeth and very difficult to remove.

After your teeth have tartar, it only gets worse from there. Not flossing will lead you through a downward spiral of the breakdown of your tooth enamel; horrible breath due to tooth decay and cavities…and gingivitis. Gingivitis is the first stage of gum disease and depicts red and swollen gums. As the tarter and bacteria increase between the teeth and under the gums, periodontitis or severe gum disease then occurs. It causes bone and tooth loss and is also characterized by extreme gum inflammation.

Not flossing your teeth can break your heart…literally. Through the mouth, harmful bacteria that flourish there have a direct path to your circulatory system. This bacteria causes heart disease, respiratory illnesses and even diabetes. Since the leading cause of death in America is heart disease, and more and more Americans are getting diabetes as each year goes by, making sure to floss is not only great dental advice, it is also great advice for living well. It only takes a few minutes each day and can help achieve better overall health to live a higher quality of life. Call Smile Sarasota if you have any questions! If you have any questions about flossing, our fabulous Smile Sarasota hygienists will be happy to answer them!

Learn more here about HOW to properly floss!

Will Your Future Dentist be a Robot?