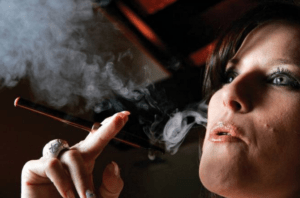 Needless to say, as a healthcare provider, Dr. Still encourages you not to smoke. If you have ever known anyone or seen anyone who has suffered with oral cancer, you will understand. And now there’s a new concern: E-Cigs. Chances are good that you’ve seen people “smoking” e-cigarettes: inhaling from cigarette-shaped devices, then puffing out clouds of odorless fog. E-cigarettes, also known as e-cigs or electronic nicotine delivery systems, have been on the market for about a decade and are surging in popularity.

But there’s widespread disagreement about their safety or any benefits they may have. Electronic cigarettes, or e-cigs, have been on the market in the U.S. since 2008 and have gained wider use in recent years. Now, evidence is beginning to emerge on e-cigs’ short-term effects, and their positive and negative impact on people’s health.  E-cigarettes are battery-powered devices that heat a liquid — usually containing nicotine mixed with the chemicals, and often flavorings ranging from bubble gum to watermelon — into a vapor that users can inhale. They deliver nicotine, a highly addictive drug, to the body without producing any smoke.

Because e-cigs are relatively new nicotine-delivery products, there are many unanswered questions about their safety and health impacts, including questions about their long-term use and effectiveness in helping traditional smokers to quit. What, exactly, is in an e-cigarette, and how do these chemicals affect the heart and lungs as well as a person’s overall health?

But what is known about E-Cigs? “There is no question that a puff on an e-cigarette is less dangerous than a puff on a conventional cigarette,” said Stanton Glantz, a professor of medicine and the director of the Center for Tobacco Control Research and Education at the University of California, San Francisco. Because e-cigarettes create a vapor rather than produce a tobacco smoke, they generally deliver less nicotine to users than cigarettes do, Glantz said. However, this doesn’t mean the devices always represent a safer step down from cigarettes. In fact, one of the most dangerous things about e-cigarettes is that they may keep people smoking conventional cigarettes longer, rather than encourage them to attempt to quit, he said. Although estimates vary, anywhere from 70 to 90 percent of e-cigarette users are “dual users,” meaning they continue to smoke regular cigarettes after they begin vaping, Glantz said.

Regardless of how the nicotine is delivered — whether through e-cigs or conventional cigarettes — it still has effects on the body. The drug is a cardiovascular stimulant, and can potentially worsen heart disease in people who already have severe heart conditions. However, it’s not known whether nicotine alone can cause heart disease in people who don’t have heart problems, said Dr. Michael Siegel, a tobacco researcher and professor of community health sciences at the Boston University School of Public Health. But there’s some evidence that e-cigarettes can have a substantial effect on blood vessels, and may increase people’s heart attack risk in that way, Glantz said. Nicotine also has effects on reproductive health, and exposure to nicotine during pregnancy, regardless of its delivery method, can harm the developing fetus and lead to babies born with low birth weights, he said.

In addition to the nicotine, e-cigs’ other chemicals may also affect health. Research on the vapors emitted and inhaled from e-cigarettes has shown they deliver particles small enough to reach deep into the lungs and that they are not the “harmless water vapor” that marketers may claim, Glantz told Live Science. Some of the chemicals found in e-liquids, can irritate the eyes and airways and are considered carcinogens, although it’s not yet clear how repeated exposure to them may cause cancer, he said.

But all in all, even if e-cigarettes involve some health risks, they are not more toxic than smoking cigarettes, and so anything that can get people away from tobacco is moving them in the right direction, Siegel said. He believes that vaping gives people a safer alternative because although users are still getting nicotine, they are getting lower levels of some of the toxic substances and carcinogens found in cigarette smoke, he said. Eventually, the goal is to get people off vaping and to quit completely, but people have to start somewhere, Siegel said.

What are the unknowns about E-cigs? Studies evaluating whether e-cigarettes are less harmful than cigarettes have been inconclusive, according to a review of studies published in the journal Tobacco Control in May 2014. Moreover, the long-term health effects in people who get nicotine in a vaporized form over time are not known and because e-cigarettes have been on the market for only about 10 years, there have been no long-term studies of people who have used them for 30 to 40 years. Therefore, the full extent of e-cigs’ effects on heart and lung health, as well as their cancer-causing potential, over time is not known.

What are the potential oral health side effects? The potential oral health effects of e-cigarettes has received very little attention, which is surprising considering the intimate relationship of tobacco smoke with several pathogenic processes in the oral cavity and also, the fact that e-cigarette aerosols will contact the oral tissues first when they are at their hottest and most concentrated. There are multiple user questionnaires/surveys that repeatedly detailed ‘mouth and throat dryness and irritation’ as one of the most common reported side effects of e-cigarette use.

With so many controversies and a lack of long-term studies, it is not surprising that as health care professionals, we are naturally cautious and that no definitive guidelines exist. More work needs to be done to understand the dynamics between smoking traditional cigarettes and also using e-cigarettes in people who are dual users. Future research also needs to look at whether using both traditional cigarettes and e-cigs interferes with the desire to quit, and whether using e-cigarettes is an effective strategy for quitting smoking compared with other methods, such as the nicotine patch and behavioral counseling. According to the American Lung Association, some manufacturers and retailers of e-cigarettes claim these products are healthier than normal cigarettes and can help you quit smoking. However, in the absence of scientific evidence to support those contentions, it’s best to avoid e-cigarettes until more research has been done. The FDA has not approved e-cigarettes as a smoking cessation aid. It’s too soon to know what the long-term effects of inhaling the vapor may be. The bottom line from Smile Sarasota: Don’t smoke! And don’t chew tobacco!

Gag Me!
Scroll to top