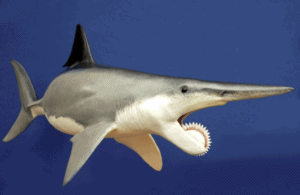 At Smile Sarasota, we of course talk a lot about teeth…usually HUMAN teeth. But there’s a whole world of other teeth out there!

Human children have 20 baby teeth that fall out. Human adults have 32 teeth. Puppies have 28 teeth and adult dogs have 42. 42 teeth sounds like a lot, but it’s nothing compared to some other animals. A white shark has about 24 exposed teeth on their top and lower jaws respectively, but behind these 48, a white shark can have five more rows of developing teeth. When the shark loses one of the main teeth, a developing tooth rotates in and replaces it. Alligators have a similar system. An alligator has an average of 80 teeth in the mouth at any one time, and when one falls out another takes its place. Dolphins also have a surprising amount of teeth. An Atlantic bottlenose dolphin has between 80 and 100 teeth. The short-beaked common dolphin has around 240.

All animals have teeth that are adapted to eating certain types of food. For instance, herbivores, because they are plant eaters, have strong and flat molars that are made for grinding leaves and small or non-existent canine teeth. Carnivores, the meat eaters of the animal world, have very defined canine teeth for tearing at meat, combined with a sometimes limited number of molars. Omnivores, because they eat both meat and plants, have a combination of sharp front teeth and molars for grinding.

Herbivores have teeth that are highly specialized for eating plants. Because plant matter is often difficult to break down, the molars of herbivores are wider and flatter, designed to grind food, and aid in digestion. Herbivore incisors are sharp for tearing plants, but they may not be present on both the upper and lower jaw. White tail deer are a perfect example of an herbivore that has only lower incisors and a rigid upper jaw that assists in the tearing of plants. Many animals, such as horses and cows, have jaws that are capable of moving sideways. Elephants are herbivores, and their incisors are unlike those found in other animals. Odd as it may sound, a tusk is actually a tooth, an incisor, that has evolved into a different type of tool, often used for defense.

If you thought humans had complex teeth problems, think again! Animals have some pretty strange dental quirks and they can’t go to the dentist for help.

Here are some other fun facts about non-human teeth:

Hot Time Summer in the City!

‘Same-Day Dentures’ is a Misnomer
Scroll to top